Remuneration and Expenses for Members of Regional Council

"Section 283 the Municipal Act provides the authority for Council to pass by-laws to pay remuneration and expenses to council members and appointees to local boards. Section 284 (1); of the Municipal Act requires that in each year, on or before March 31, the Treasurer provide to the Council of the municipality, a statement on remuneration and expenses paid to members of Council and Council appointees in the previous year. Section 284(2) requires the identification of the by-law under which the remuneration or expenses were authorized."

These spreadsheets are from the statements of remuneration and expenses paid to members of Council and Council appointees, published in Niagara Region’s blue books (the official record of council and committee meetings, minutes, agendas, correspondences, presentations, and reports). Contact Niagara Region’s Clerk’s department if you are interested in reviewing these books.

The way that the information is organized is a reflection of the blue books. Aside from columns for councillors, total expenses, and total remuneration, there have been many changes from year to year, with more and different details added. For instance, there were once columns for Blackberry related expenses, the Ontario Good Roads Association, and Smart Growth Showcase Tour. The councillors have also been organized differently depending on the year, with new councillors sometimes being segregated at the end of the chart.

When producing the accessible versions of the statements on remuneration and expenses for Niagara Open Data, discrepancies between columns – including possible transcription and autosum errors – were identified, and Niagara Region has produced these spreadsheets with the correct values. This is done in an effort to make the data more meaningful to the community.

Niagara Region publishes these data sets in the interest of being transparent and with respect to its tax-paying citizens. In addition to providing information up front that might otherwise be difficult to obtain, Niagara Region would also like to foster citizen engagement and create a more democratic society. In line with these principles, Niagara Region has amended numbers assumed incorrect due to transcription and/or autosum errors in hopes that the data might be more valuable to the engaged folks of Niagara.

Remuneration and Expenses for Members of Regional Council 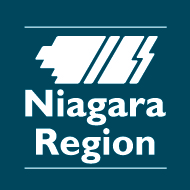 The Niagara region is located in southern Ontario, Canada, between Lake Ontario and Lake Erie. Niagara has a total area of 1,852 km2 with a population of 427,421.... read more