Schedule A-2 to the Official Plan, the Urban Structure Plan, illustrates the City as being divided into three areas: the Urban Area, the non-urban area and the Natural Heritage Areas. To further guide development, the urban area is divided into two categories: the Built-Up Area, (the area within the Built Boundary defined by the Province within which growth is to be accommodated through intensification), and Greenfield Areas (undeveloped lands within the urban area Boundary). Within the Built Boundary, Nodes, Intensification Corridors, Brownfields and Major Transit Station Area are depicted. 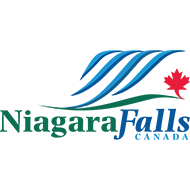